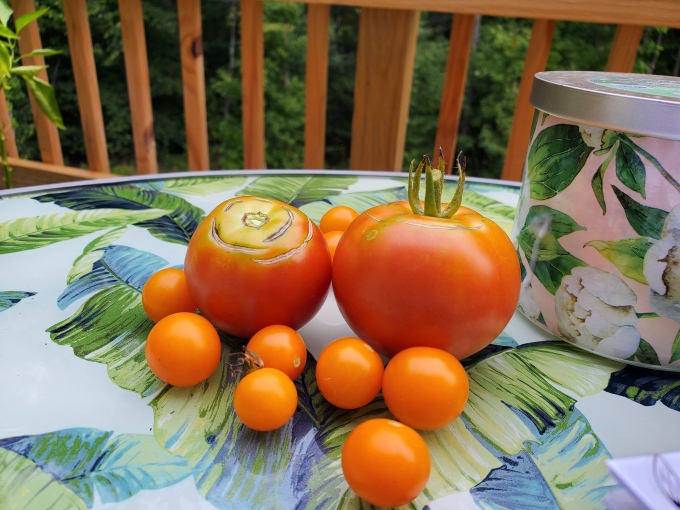 Good morning beautiful people!!! Today’s inspiration is brought to you by the 66° temperature, the leaves swirling in the wind, and the last batch of tomatoes that ripened.

It’s been awhile since I had success with gardening. I tried it when we moved from Pennsylvania to Arizona but everything I planted was burned to a crisp by the desert heat.

So when we moved back East, I couldn’t wait to put my green thumb to use again. My husband built me a patio planter box and I went to work. I planted herbs, peppers and tomatoes.

I had a rocky start. My first pepper was enjoyed by some bugs. My tomato plant was nibbled on by worms. One of my pepper plants did nothing.

So imagine my delight when tomatoes started to appear. There had to be 20 or 30 growing on the two plants combined at one point. I was so excited and couldn’t wait for them to start ripening.

My cherry tomatoes were the first to fully mature and then the beef steak variety. But to my dismay they looked Ike this. They were splitting at the top.

So I called my Dad and he said with all of the rain, they had gotten too much water. In spite of that they were okay.

They were still tomatoes.

In fact, I sliced up one last night and with a little salt and pepper, dare I say…scrumdillyicious.

Some of us have been exposed to a little too much.

Too much trauma. Too much hate. Too much loss. The list goes on and on.

That too much has caused to split, crack or even break at times.

But in spite of that, we are still humans. Humans deserving of love, respect and adoration.

Because just like these tomatoes, it’s not the split on the outside that matters. It’s what’s on the inside that counts.

And my tomatoes were bursting with goodness.

Let’s burst with goodness too! 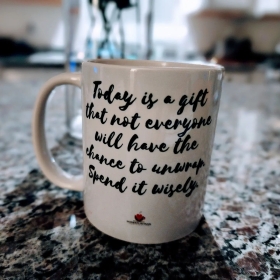